While citizens wake up the government still sleeps 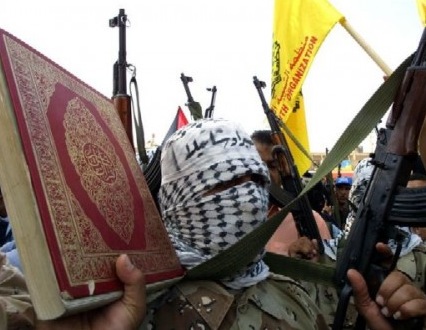 There is a question that keeps popping up when the issue of Boko Haram is mentioned on social media: should Western government do something about this?

Representatives of the United States, United Kingdom and EU also attended the meeting on Saturday. A great step was taken by French President, Francois Hollande to call these leaders together.

Boko Haram has attacked, killed, raped and enslaved countless people in their pursuit to create an Islamic state. Yet the western media is evading the words Muslim or Islam when they cover these atrocities. In countries like India, Pakistan and Bangladesh, Hindus are structurally attacked in waves of violence yet the media is ignoring to mention that it is only Muslim fanatics that commit these atrocities in the name of their religion and to eradicate Hinduism.

It is only when we honestly approach the problem of Islamic Jihad that we can hold accountable religious leaders that incite violence and criticise their ideology openly. With open dialogue and criticism any civilisation can have the chance to grow. By staying quiet, the media is committing the atrocity to shut many Muslims in the dark ages of civilisation with no hope to evolve.