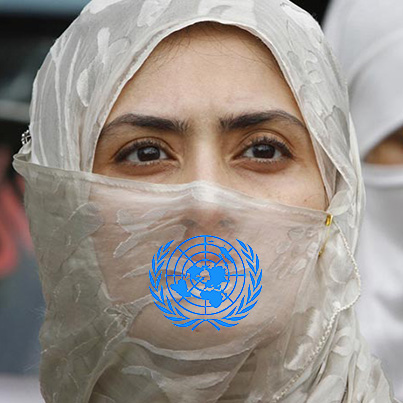 It is astounding to me that there seems to be no end to the blindness of people when organisations crave power over clear-sightedness and fame over integrity. If there was any hope for the UN to be of any good in the world, it has been flushed down the abyss of hypocrisy. Iran has been appointed a seat on the UN body that presses for women’s rights.

This is so preposterous that for many that follow the news and issues in Iran, this must be a joke. But it isn’t. The regime that has forced women to wear burka’s since 1979 while they were free to wear what they wanted before. And has subsequently terrorised women if they didn’t follow oppressive rules. Even dragging them from the streets to face punishment. Punishments can be from being beaten to even being stoned to death.

One of the few cases that made the news is the story of Reyhaneh Jabbari. A 26 year old Iranian women that was sentenced to death for killing the man that was trying to sexually assault her. At the time of writing this post her execution has been postponed but she can be executed any day.

In a statement, U.N. Ambassador Samantha Power said: “The unopposed candidacy of Iran, where authorities regularly detain human rights defenders, subjecting many to torture, abuse and violations of due process, is a particularly troubling outcome of today’s election.” While Hilel Neuer of UN Watch said: “It is a black day for human rights”.

Adding a country like this to the UN women’t rights body is a slap in the face of humanity. It is time for countries that purport to seeing women as human beings to stop treating the UN as a credible authority. Just as the Canadian delegation walked out in 2012 when Iran’s president gave a speech in the UN, so must the delegations of free societies start to walk out and not recognise any person or institution that doesn’t respect the freedom of people.