Finally an artist honest about abortion 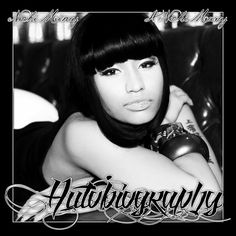 Nicki Minaj talked about her personal life and opened up about a decision that she said “haunted me all my life” in in interview with Rolling stone.

When she was just a teenager in high school, she became pregnant. But she chose to have an abortion because she had nothing to offer the child at such a young age. Till this day, it still haunts her.

She also converted her pain into a song called: Autobiography. It talks about the loss of her mother, her father who’s an addict, but also about her unborn child that she hope’s that it’s God’s plan to one day meet it again.

“please baby forgive me, mommy was young, mommy was too busy trying to have fun” and sings “wish I could touch your little face or just hold your little hand if it’s part of God’s plan, maybe we can meet again.”

It’s refreshing to hear a celebrity talk about the bad side of abortion and the guilt it brings to the people involved; especially the mother. Nicki is still pro-choice, but no matter what side you are on this argument, you at least have to be honest about what really is going on and the effect such a decision has on the psyche of the people involved.

Listen to Nicki’s song with the lyrics on screen.