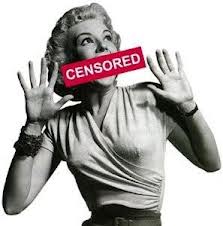 “The moment you declare a set of ideas to be immune from criticism, satire, derision, or contempt, freedom of thought becomes impossible.” ~ Salman Rushdie

The English, and in fact many other European cultures, have fought many internal and external wars to be free from the tyranny of religious oppression. Mainly they pushed back on Christian intolerance that plagued their freedom for many centuries. This has been one of the greatest developments in human history and has spurred economic, intellectual and gender relational development that would never have seen the light of day were it to for the freedom that had been fought for so hard. It is sad to say that it seems that Europe is descending into the abyss of intolerance again, only this time it’s not the dark side of Christianity, but the dark side of Islam that is looming over Europe.

Not a day goes by where a joke, a tv show or a written articles says something critical about Christianity. and rightly so. Any ideology, especially one that has influence over the lives of people and the course of a nation should be critically analysed and pass the test of all people that have to deal with it. As Gad Saad rightfully says in his article: “to mock, offend, or criticize religious beliefs should never be construed as illegal hate speech lest we give up our most fundamental human rights: freedom of conscience (which includes freedom from religion) and freedom of speech”.

What happened recently demands attention and caution of every free thinker in the world. British EU election candidate and chairman of the party Lberty GB Paul Weston was arrested on the steps of Windchester’s Guildhall for racial harassment for quoting Sir Winston Churchill’s 1889 book, ‘The River War‘. In this book Churchill accounts his experience in the Birtish army during the Mahdist War. This was the offending quote:

“How dreadful are the curses which Mohammedanism lays on its votaries! Besides the fanatical frenzy, which is as dangerous in a man as hydrophobia in a dog, there is this fearful fatalistic apathy. The effects are apparent in many countries. Improvident habits, slovenly systems of agriculture, sluggish methods of commerce, and insecurity of property exist wherever the followers of the Prophet rule or live. A degraded sensualism deprives this life of its grace and refinement; the next of its dignity and sanctity. The fact that in Mohammedan law every woman must belong to some man as his absolute property – either as a child, a wife, or a concubine – must delay the final extinction of slavery until the faith of Islam has ceased to be a great power among men. Thousands become the brave and loyal soldiers of the faith: all know how to die but the influence of the religion paralyses the social development of those who follow it. No stronger retrograde force exists in the world. Far from being moribund, Mohammedanism is a militant and proselytizing faith.”

This is more an opinion on a religious ideology and an opinion on the founder of the Mohammedan religion. There is as much wrong with doing that as there is in criticising the Christian, Hindu, Sikh, or Jewish fait. Nothing! The racial basis for the arrest is also preposterous. Religion is a choice someone makes. Race is something you are born with. You can’t consider criticising Christianity as being racist towards caucasians just as you can’t consider criticising Budhism to be racist towards Tibetans. Religion does not imply race.

On the other hand Britain is upholding a double standard. While Paul Weston get’s arrested for quoting Churchill, a British national hero, hate-imams get government handouts. British hate-imam has said that Hindu Murti’s/idols need to be destroyed and wants the destruction of Hinduism in India. He can even call the bloody oppression of Hindus by Muslims as a ‘glorious Islamic past’. He has called for the stoning of all homosexuals. He has uttered hatred towards Christians and Jews. Mind you, this is different of just being critical to Christian and Jewish Ideology. He want all women to wear a burka. He can say that ‘Freedom and Democracy Are Idols That Must Be Destroyed and Replaced with Obedience to Allah’ in a video, but not get arrested.

Rightfully, people are asking why such a disgusting person can freely talk and walk the streets and spread his hate, while you can’t criticise or scrutinise the ideology he adheres to. As Gad Saad rightfully states:

All individuals have the right to practice their religion in the privacy of their homes, and in the sanctity of their hearts. However, once one enters the public sphere, religious beliefs are not protected from scrutiny, debate, criticism, and ridicule. Either all religions should be protected from any criticism (welcome to the Dark Ages) or else ALL religions are equally open to full criticism.